Fed Logic: Let Stranded Marine Mammals Die (Because you might hurt them if you help them) 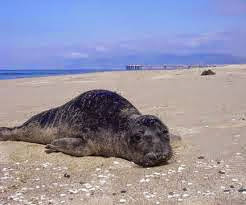 It is a tale of twisted logic that only a government bureaucracy could create.

Each year, particularly in the spring, marine mammals find themselves stranded on sand bars and beaches along America’s coasts. Seals, dolphins, small whales and other critters somehow make a wrong turn and find themselves beached and unable to return to the water. Many of these strandings occur on shifting tidal sand bars and barrier beaches, particularly in places like Cape Cod, Martha’s Vineyard, Nantucket, the north shore of Massachusetts, and Fire Island and Montauk in New York. Without human assistance, many die.

At the same time, in order to protect sea mammals from harassment, the federal government prohibits anyone from coming within 150 feet of a sea mammal, unless they are part of a recognized rescue partner organization. Trained, certified volunteer responders may not operate without an oversight organization over them on location; this is a provision of the 1992 Marine Protection Act, which set up the “Marine Mammal Health and Stranding Response Program,” administered by NOAA.

On Wednesday, NOAA admitted one flaw in this arrangement: there is only one such "certified" partner organization in the region qualified to respond to mammal strandings: the International Fund for Animal Welfare, and they only respond to calls on Cape Cod.

It has no such partner organizations anywhere else in New England. A panicked request to the Towns of New England was issued by NOAA this week to try and find some partners.

So, under Government logic:

If an animal is stranded, you may not help.

Only NOAA-certified volunteers working under a parent organization can assist the distressed animal.

There are no such organizations in most of the northeast.

So, if a whale or seal is stranded, it must be left to die. Because, like, if you just go and assist it, you might hurt it.

This is a prime example of what I call “The Cult of License,” or the tendency for Americans (or at least their government) to believe that regular people can’t do anything without Government Certification.

Last year, on Fire Island, I came across a newborn fawn separated from its mother by a cyclone fence. And yes, I worked to reunite the two, and came within inches of the fawn to direct its steps home.

And, I got news fer ya… if I see a stranded mammal, as a human being, I will help it.

So arrest me already.