Goldman Sachs: A Fraudulent history repeats itself - The Legacy of Ashanti Gold 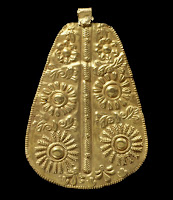 The only ones who should be surprised by Fraud allegations levied against Goldman Sachs are insiders who have become so arrogant as to think that they were somehow untouchable. Personally, I am wondering why it has taken so long.

Together, much of the Wall Street Bailout process was designed by Treasury Secretary Timothy Geithner, Past President of the NY Federal Reserve Bank; Stephen Friedman, an ex-Goldman Sachs officer who still serves on the Board of the NY Fed; Hank Paulson, an ex-Goldman Sachs operative who designed the hedge funds that plunged the financial markets into turmoil in the first place; and Goldman Sachs financier Robert Rubin. As the crisis unfolded, Goldman Sachs continued to market these Hedge Funds to uninformed clients, even after becoming aware that mortgage-backed securities were crumbling. And when When AIG was bailed out...the primary beneficiary was Goldman Sachs.

And I have to ask: does this surprise anyone? This is a world-wide pattern that Goldman Sachs has utilized to enrich itself at the expense of everyone else for years. And perhaps there is no better example of this than the destruction of Ghana's largest company a decade ago: Ashanti Gold.

In 1998, Ashanti Gold was the 3rd largest Gold Mining company in the world. The first "black" company on the London Stock Exchange, Ashanti had just purchased the Geita mine in Tanzania, positioning Ashanti to become even larger. But in May 1999, the Treasury of the United Kingdom decided to sell off 415 tons of its gold reserves. With all that gold flooding the world market, the price of gold began to decline. By August 1999, the price of gold had fallen to $252/ounce, the lowest it had been in 20 years.

Ashanti turned to its Financial Advisors - Goldman Sachs - for advice. Goldman Sachs recommeded that Ashanti purchase enormous hedge contracts - "bets" on the price of gold. Simplifying this somewhat, it was similar to when a homeowner 'locks in' a price for heating oil months in advance. Goldman recommeded that Ashanti enter agreements to sell gold at a 'locked-in' price, and suggested that the price of gold would continue to fall.

But Goldman was more than just Ashanti's advisors. They were also sellers of these Hedge contracts, and stood to make money simply by selling them. And they were also world-wide sellers of Gold itself.

In September 1999 (one month later), 15 European Banks with whom Goldman had professional relationships made a unanimous surprise announcement that all 15 would stop selling gold on world markets for 5 years. The announcement immediately drove up gold prices to $307/ounce, and by Octoer 6, it had risen to $362/ounce.

Ashanti was in trouble. At Goldman's advice, they had bet that gold prices would continue to drop, and had entered into contracts to sell gold at lower prices. These contracts were held by a group of 17 other world banks. Ashanti found themselves being forced to buy gold at high world prices and sell it at the low contract prices to make good on the contracts. The result? In a few weeks time, Ashanti found itself with 570 million dollars worth of losses. It had to beg the 17 banks not to force the execution of the contracts.

Who served as the negotiator for the 17 banks and Ashanti? Goldman Sachs. The same company that designed the contracts for Ashanti(making a profit in their sale.

The basic bankruptcy of Ashanti drove its stock price from an all time high of $25 per share to a paltry $4.62 per share. Thousands of investors - your blogger among them - lost their investments almost overnight as Ashanti was declared insolvent.

In the end, Ashanti was purchased by their largest African competitor, AngloGold, a British company headquartered in South Africa, who bought them for a song. The Financial Advisors to AngloGold? You guessed it: Goldman Sachs.

The Bailout of Wall Street - little understood by many Americans, and supported grudgingly by members of both political parties who operated on only fractions of the full picture (not unlike the Iraq invasion) - has Goldman Sachs' legacy all over it.

Prosecution of Goldman Sachs and Regulation of the Financial Industry is not evidence of "Big Government," "Socialism," or more "Washington Take-over."

It is an appropriate - and overdue - safeguard against Fraud and Theft, which, the last time I looked, was not antithetical to the principles of liberals, moderates, conservatives, or libertarians.
Posted by Thom Simmons at 10:11 AM 6 comments 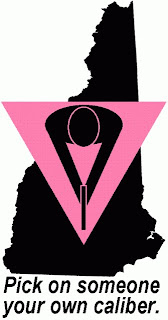 According to CQ Press, the nation's leading publisher on government statistics, New Hampshire is the safest state in the nation for the third year in a row.

According to CQ, which rated the states on 500 crime-related categories, New Hampshire "reported only 15 murders out of a population of 1.3 million—the lowest rate in the country. New Hampshire was also below the national average for rape, and had the second lowest rate for aggravated assault with only 78 cases per 100,000 citizens."

Now, why is this? Is this because New Hampshire is a largely rural state, and crimes generally happen in urban centers?

Hardly. In spite of tourism brochures touting mountainsides and maple sugar shacks, more than 700,000 Granite Staters - more than half the state's population - live in Urban areas. In fact, it terms of urbanization, New Hampshire ranks #15 in the entire country. (By comparison, New York is #11 and Virginia is #18.)

Perhaps it's tough prison sentences that prevent the 'bad guys' from running amock in New Hampshire ? ? ?

Nope. A 2009 study showed that out of 50 states, New Hampshires was #48 in terms of the percentage of its citizens locked up in jail. In fact, New Hampshire prides itself in utilizing reform, rather than outright jailing, in its justice system.

Gun laws! That must be it! Tough gun laws that keep anybody from getting a gun!

No, try again. Anyone in New Hampshire can buy a gun without a license. And without "registering" the gun. And in fact, they can carry that gun on their person, loaded, without permission or a permit and walk down the street.

An urbanized state, with liberal gun laws, that doesnt believe in a draconian "throw-away-the-key" style of justice is the safest place to live in the USA.

Something to think about, huh?
Posted by Thom Simmons at 6:13 PM 0 comments 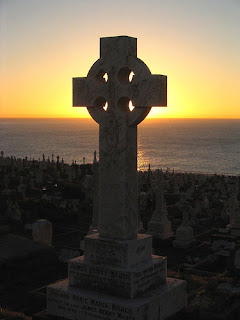 (from the Carmina Gadelica, oral prayers from the Outer Hebrides Islands, as collected by Alexander Carmichael, 1900)
Posted by Thom Simmons at 7:53 AM 0 comments

Posted by Thom Simmons at 7:35 AM 2 comments