Jesus Was More Liberal Than You... 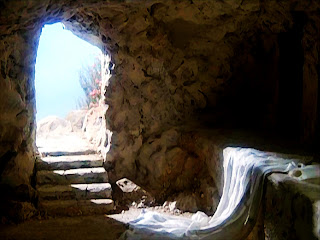 After the ugliness of Good Friday -  the demands for punishment, for penalty, for paying for one’s crime, real or imagined - Easter has arrived.

And yet, scrolling through my Facebook pages, or the comments on news stories, I am struck by what a punitive, mean-spirited society we are. How similar we are, in fact, to the society that clamored for crucifixion.   It is not unusual to read comments – even from friends – that are shocking for the sheer delight they seem to get from others' misery.

One poster wrote about a teenager convicted as a juvenile of sexual assault against a friend while they were both drunk,

“He should be getting life in prison…I hope he rots in jail…I cant wait for that to happen to him now, every day.”

Really?  Is that really what you want?

Another posts about immigrants, and insists that every “illegal” be deported immediately, including kids who grew up their whole lives in this country.  Another righteous person quotes Scripture to prove that gays “get what’s coming to them when they die from AIDs.”   And still another blames “Welfare Queens” for the nation’s financial woes, insisting on drug tests and sterilization and all sorts of punitive measures meant to hurt those who are already at the bottom of the social ladder.

Meanwhile, in Kansas, the legislature has actually passed a bill permitting those with communicable diseases to be rounded up and quarantined, while Iowa continues to actively enforce a law that punishes HIV positive people who have sex with jail terms longer than those imposed for manslaughter (even when the HIV is disclosed, or under control and non-transmissible).

A few months ago, sports writers responded with pure glee that they had taken down Lance Armstrong.  The notion that we should all “pay” for our “crimes” absolutely saturates American society… It goes back to Puritans who thought it appropriate to shame people by placing them in stocks on the public town common, or to make them wear a Scarlet Letter to show the world they were evil.
Parents humiliate children in public, and this is called “teaching them a lesson.” But what is that lesson…that humans exist to hurt and control other humans, and receive satisfaction from it?

When Jesus stood in the synagogue, he loosely quoted the Prophet Isaiah:

"The Spirit of the Lord is upon me, because he has anointed me to bring good news to the poor. He has sent me to proclaim release to the captives and recovery of sight to the blind, to let the oppressed go free,  to proclaim the year of the Lord's favor." (Luke 4:18-19, NRSV)

He was not about jailing people, but releasing them.  Not about punishment, but forgiveness.  Not about judgment, but mercy. Not about crushing the unfortunate, but lifting them up.  Not about punitive measures, but bringing about wholeness. Not about finger-wagging at the poor, but about insisting on help for the poor, the widow, the alien, and the orphan.

The Resurrection is about the triumph of good, of truth, of mercy, of gentleness, of kindness, and of Love over a historic human tendency to divide, to hate, to ostracize, to marginalize, and to punish.

In an era when religion is frowned upon by the elite, but culture adored...I encourage you to go watch Les Misérables again.  Or better yet, read the book.  You'll find the same message embedded in Hugo's opus.
Jesus, my friends, was a Liberal.  An Extreme Liberal.

A Bleeding-heart Liberal.
Posted by Thom Simmons at 9:14 AM 1 comments