Can the President refuse to defend a law? 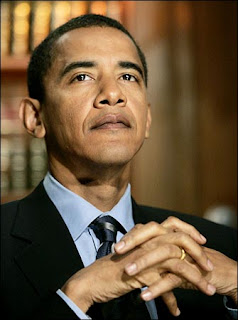 After it was announced that the Obama Administration would no longer defend DOMA in court, Republican Massachusetts Senator Scott Brown had the following comment today:

"...We can't have presidents deciding what laws are constitutional and what laws are not. That is a function of the judicial branch, not the executive."

Brown is echoing what many Republicans have said. He is also betraying his own ignorance of the American political system. As a sitting United States Senator, that is rather sad.

In reality, *no* branch of government has been designated the specific function of declaring laws unconstitutional - not even the Judiciary. While it is often said the Judiciary fills that role, the fact is that nowhere does the US Constitution authorize the Supreme Court to do so. The seed of that 'authority' was planted in 1803, when the Court decided in Marbury vs. Madison that a Congressionally-enacted law was invalid due to its unconstitutionality.

However, the development of that authority within the Judiciary does not mean that other branches of government are free to ignore issues on Constitutionality. When the President takes his oath of office, he specifically swears the following:

The President takes an oath to defend the US Constitution. He is not defending the Constitution if he or his administration are trying to preserve laws which violate that same Constitution.

The error Scott Brown makes - and one which many critics of Obama's decision are making - is the adoption of a simplistic view of government that ignores the overriding importance of the concept of the separation and balance of powers between the three branches of government.

On a simple level, it is often said that the Legislature "makes" the laws, and the Executive "carries out the laws." But that view skews the balance of power and makes it appear as if the President is merely a servant or administrator to Congress, whose only function is to do as he is told. Such a view sees the Legislature as superior to the President, and able to order him about to carry out their orders.

That is NOT how the structure of our national government was envisioned. Rather, it was conceived as being comprised of three separate branches, co-equal, each providing checks and balances to the others...and deliberately inefficient and inexact in the exercise of its powers. The ability of one branch to "check" another branch is one of the most basic features of the American System.

In 1788, within months of the adoption of the Constitution, James Madison, quoting the great political philosopher Baron de Montesquieu, wrote in Federalist Paper No. 47,

"When the legislative and executive powers are united in the same person or body," says he, "there can be no liberty, because apprehensions may arise lest the same monarch or senate should enact tyrannical laws to execute them in a tyrannical manner."

In other words, when these two branches 'merge' - or when one branch of government has the authority both to create laws AND force them to be carried out - tyranny may result.

It IS the President's responsibility to defend the Constitution...just as it is the Legislature's responsibility, AND the Judiciary's responsibility. No branch of government is 'superior,' and none is merely a servant to carry out the wishes of the other.

We see this all the time in less controversial settings:

Congress passes a law, and the Supreme Court refuses to convict someone under it.

The President authorizes a program, and Congress refuses to authorize spending to carry it out.

A Legislature passes laws against smoking marijuana, and the Executive branch (Mayors, Police Departments) choose NOT to enforce that law during a huge rock concert.

A president nominates Judges and Cabinet Appointees, and the Senate refuses to vote them up or down.

This happens on a regular basis. There is nothing different in the present case. Congress passed a law, DOMA, that is clearly Unconstitutional on multiple levels. Several Courts have already held that DOMA is Unconstitutional. The President is merely carrying out his responsibilities under the US Constitution to defend that document against laws which violate both its letter and spirit. It is a messy system, but it is messy on purpose...and any effort to insist that the President merely do as Congress tells him is certainly as un-American as it gets.
Posted by Thom Simmons at 7:15 PM 0 comments

BREAKING: Obama will not defend DOMA 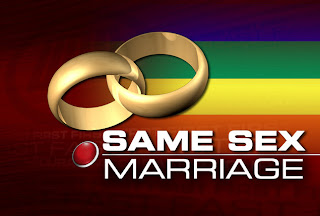 US Attorney General Eric Holder has announced that the US will no longer defend Sec 3of DOMA (“Defense of Marriage Act”) in court. This section prevented the Federal Government (and is agencies, such as the IRS) from recognizing the legitimacy of same-sex marriages validly performed in the 5 states and District of Columbia where such marriages are legal, and resulted in tax and survivorship inequities. This means that for all practical purposes, the recent rulings by Federal Courts in the northeast holding DOMA to be an unconstitutional overreach of federal authority into state matters will stand.

“...After careful consideration, including a review of my recommendation, the President has concluded that given a number of factors, including a documented history of discrimination, classifications based on sexual orientation should be subject to a more heightened standard of scrutiny. The President has also concluded that Section 3 of DOMA, as applied to legally married same-sex couples, fails to meet that standard and is therefore unconstitutional. Given that conclusion, the President has instructed the Department not to defend the statute in such cases. I fully concur with the President’s determination.

Consequently, the Department will not defend the constitutionality of Section 3 of DOMA as applied to same-sex married couples in the two cases filed in the Second Circuit. We will, however, remain parties to the cases and continue to represent the interests of the United States throughout the litigation. I have informed Members of Congress of this decision, so Members who wish to defend the statute may pursue that option. The Department will also work closely with the courts to ensure that Congress has a full and fair opportunity to participate in pending litigation...”
Posted by Thom Simmons at 3:09 PM 0 comments

This post is for all who believe that "Gay Marriage" is not "real marriage," who believe that people with AIDS "get what they deserve," and who are so devoted to free markets in health care that they lose sight of humanity. If you read it prepare to have your heart ripped out. It was authored, and is reposted annually on this day, by Joe Jervis of Joe.My.God. (The Village Voice's choice as Best Blog in NYC)


I Will Hold You Ten Times

2. The lesions don't bother me, I will hold you.

4. I will make plans with you to go to your favorite places that we both know you can no longer go and I will sit with you and look at your pictures of these places and I will hold you.

5. I will ride with you on the train to your doctor's office and when you get sick in the station, I will hold you.

6. I will see the Post-It notes you put all over the house reminding yourself to do everyday things like "Turn off stove" and "Lock front door" and I'll pretend the disease isn't robbing your mind and when you tell me something for the third time in ten minutes, I won't let you know, I will hold you.

7. I will go to Safeway with you because you need to get out into the world, and when the diarrhea overwhelms you and you shit your pants in the middle of the store, I will call us a cab and in the cab, I will hold you.

8. I will make you mix-tapes of our favorite songs from last summer, just like you asked me to, and when the memories make you sad instead of happy and you throw the tapes in the trash, I won't get angry, I will hold you.

9. I will sit up all night with you because the fevers and night sweats won't let you sleep. In the morning, I will change your drenched sheets and help you out of the shower and when you weep from the sight of your withered body in the mirror on the bathroom door, I will hold you.