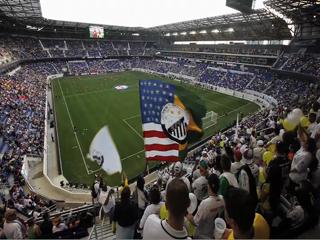 It’s no secret that I view sportswriters with a very cynical eye.  I have seen too many sportswriters frothing at the mouth to destroy some player due to sexual flings or dalliances with ‘performance-enhancing substances.’  I have often wondered how many of these writers suffered from “I-can’t-play, so-I’ll-criticize-players” syndrome.  And I have also wondered how much homophobia in sports is due not only to the tight-lipped locker room code of silence, but to the complicity of homophobic writers as well.


So, the coming out story of Jason Collins this week provided some interesting reads, as news services tripped over themselves trying to get the now-feel-good story.

But buried under the story of the gay athlete, imbedded in the writings of these very sportswriters, lie the seeds of conservatism that reveal their regressive stances.  Take these three bylines about Collins’ decision:

From ESPN: “Jason Collins said has gotten "incredible" support since coming out as the first openly gay player in one of the four major U.S. pro sports leagues…”

From The Sporting Scene, in New Yorker Magazine: “Jason Collins…has made history, becoming the first active male player in any of the big four of American sports leagues—baseball, hockey, basketball, and football—to come out as gay.”

And from the Reuters News Service:  “Collins, a 12-year player in the National Basketball Association (NBA), became the first active athlete from any of the four major U.S. men's professional sports leagues to come out publicly as gay.”

Now, in addition to learning that Jason Collins has come out as gay,  (and in addition to wondering if there is a little plagiarism going between the New Yorker and Reuters), what other ‘fact’ could you glean from those three  representative statements?

“one of the four major…”

“any of the four major…”

Ah.  There must be Four (count them) major Professional Sports leagues in America.

And indeed, for decades, writers referred to “The Big Four” – Baseball, Basketball, Football and Hockey.

One has to wonder how long they will go along blithely repeating the same rubbish, in light of the fact that the United States is no longer a land of Four professional sports, but Five.

Some Attendance figures from the 2012 season to consider:

My, what’s this?  Yes, in 2012, attendance at Professional, Major League Soccer games exceeded both Basketball and Hockey.

In 2007, Major League Soccer became the fifth professional team sport to turn a profit from media revenue.  It was also the first year that every single MLS match was televised - something neither Basketball nor Hockey can claim.

By 2010, three MLS teams had turned profits.  That may not sound very exciting, except when one compares that to testimony by Baseball Commissioner Bud Selig, who reported to Congress in December 2001 that professional baseball on the whole had suffered 232 million in losses, and only nine of thirty MLB turned a profit.  Last year, eleven of thirty NBA teams lost money.

Perhaps most telling, according to Forbes Magazine, during the year before the NHL lockout, only three of 18 Hockey teams turned a profit: the same proportion as Major League Soccer.

A recent study showed that among twenty-year old Americans, Professional Soccer is now the #2 sport in America.

So, Jason Collins is the first openly gay man in the “Big Four?”

Guys, perhaps the writing pool needs to lake a long, hard look at itself.  The United States, by all criteria, is now a nation of the “Big Five.”  But because someone, some decades ago, decided to call team sports the “Big Four,” the writers continue to parrot an anachronistic – and incorrect – statement of the state of sports in America.

Yes, reporters, you too are responsible for the regressive, conservative attitudes within sports and its fan base. Get with the 21st Century…please? Start giving Soccer it's place among the other four sports leagues, and stop dismissing a major American sport as an ethnic oddity kid-sport to be brushed aside. 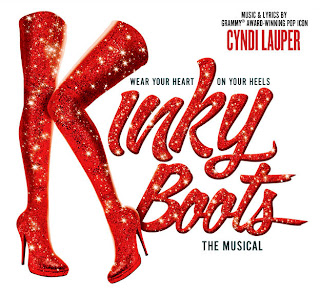 At first glance, it would be hard to take a Musical Comedy named “Kinky Boots” seriously. The hip-high, well-heeled red boots that dominate the musical’s logo reinforce the idea that this show will be a little silly and a lot of fun.  And when one discovers that the play was written by the over-the-top Harvey Fierstein (whom I met when I saw the show last week) and the musical numbers written by Queens’ own Cyndi Lauper (of “Girls Just Wanna Have Fun” fame), well, it’s hard to believe that anything overly serious follows.

Yes, the show is fantastic and fun and silly … probably the best musical comedy I have seen in a long time. Maybe ever.

But the play is based (loosely) on a true story of a failing business, and the show does not shy away from business themes.  Rather, it weaves them directly into the quirky story. In fact, the play is a lesson in business themes with musical comedy as its medium.

The play surrounds the demise of local manufacturing industry in Northampton, England. The Pride & Son Shoe Company, long a local manufacturer of quality men’s shoes, is seeing falling sales.   It’s employees have been there for years and act as an extended family. They take pride in their work, but they have been doing the same work for years.  Lesson One: Product Life Cycle.  Once upon a time, VCRs, transistor radios, and even desktop computers were in growth stages; today, they are in decline or even near obsolete, as new technologies and styles have replaced them.  And as Heidi Klum is famous for saying to her “Project Runway” contestants, “In fashion, one day you're in, and the next, you're out.”  The Pride & Son Shoe factory, holding on to their pride in their quality mens’ shoes, missed the boat, and in one of the earliest scenes in the show, they receive a huge return of unsold shoes from a retail chain who no longer wishes to carry their product.

As I walked New York City’s Chelsea neighborhood this past week, I couldn’t help feeling very mixed emotions.  I love Chelsea.  I know the wait staff in the diners, the desk clerks at the student hostel where I stay, the local business people. I expect to see bleary-eyed single guys roll out of bed, throw on sweats, and stumble along West 23rd street with their canines to the Dog Park on the West Side Highway.  I have a coffee club card for Joe’s and have a favorite outdoor seat at The Half-King restaurant.

But something terrible and irreversible is happening to Chelsea.

It’s been discovered.  And not by middle class, middle-aged  gay men like me.

Danny and I had an empty pit in our stomach when we saw that Rawhide, our all-time favorite NYC haunt, was closed for good.  Rumor has it that the rent was suddenly jacked up to an astounding $25,000 per month.  West 28th Street, once a gritty, warehouse-lined street that is home to The Eagle and the Folsom Street East Fair (an equally gritty, outdoor leather fetish festival) is narrowed to one lane because of a behemoth of luxury condominiums going up on the north side of the street, towering over everybody and everything below – and spelling, I am sure, the doom of life as we know it on West 28th. 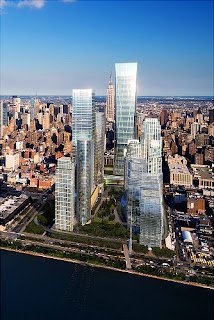 So, it was poignant – and very, very real - when, halfway through Kinky Boots, it is revealed that several in the story – including the deceased original owner and his son’s finacée – were plotting to close down the shoe factory and turn into...you guessed it…luxury condominiums.  Lesson Two: Gentrification and Allocation of Resources towards their Highest Return.

Fortunately, the founder’s son, Charlie, has an alternative.  Having teamed up with Simon, a Drag Queen who goes by the name of Lola when in performance regalia, Charlie is determined to change the focus of the business; he says to his employees, 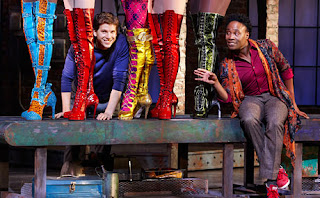 Banking on making fabulous boots and shoes, with flashy styling and long stiletto heels, Charlie and Simon set out to construct boots that will bear a man’s weight, designed, largely, for the Drag performer community. Lesson Three: Niche Marketing.  And what I appreciated about this portrayal (as a Business teacher), is that the script does not shy away from calling this “niche marketing,” but uses the term several times.

As the new line of boots comes off of the conveyor belt, Charlie decides to take his new line to Fashion Week in Milan – the height of the world’s fashion buying season.  As the employees work to create the line, Charlie gets more and more insistent on perfection and quality. Lesson Four: Quality Control. In essence, “good enough” is simply no longer “good enough.”  He becomes more hardened in his insistence on quality, on perfect seams and stitching, and presenting the highest quality possible.

Ironically, only 16 hours after leaving the show, my students and I were in the workrooms at Nanette Lepore in the garment district, a fashion designer who is insistent on using American labor whenever possible, and who has underwritten both Project Runway and a non-profit organization designed to bring the garment trades back to America. In the workroom, we heard numerous stories of outsourced work that had come in from other manufacturers that was not “good enough” – blue lace that was a slightly different shade than the blue dress it was ordered for, fabric that pulled and had to be completely remade, and other horror stories of a trade that insists on perfection.  The lesson of quality control was – and is – an ongoing and very real  business concern.

As Charlie insists on better quality, he gets nasty.  His earlier approach in the factory – a congenial partner with his employees who was often unsure of himself – morphs into a mean-spirited, demanding, even demeaning “boss” who insists on more from his employees than he has a right to.  Lesson Five: Theory X vs. Theory Y Management Styles.  In his fear, Charlie goes from being a ‘team player’ who encourages his employees to a brutal autocrat . . .and almost destroys his business in the process.

I won’t reveal the ending, lest I give everything away – but suffice it to say that this play had everything: great music, incredible performances, fun, silliness, comedy, serious moments, and lessons about accepting one another and change that will, no doubt, be the focus of most reviews.

But it needs to be said that as a lesson in basic business principles….Kinky Boots was a brilliant medium.
Posted by Thom Simmons at 9:53 AM 1 comments