The California Court upheld Prop 8 today. While I don't have to like the result, I have to say that from a Legal perspective, it was proper.

This same Court once ruled that gays and lesbians could not be discriminated against in the criteria for issuing marriage licenses. They held that the California State Constitution prohibited unequal protection.

When the citizens dont like laws resulting from Constitutional interpretation, their recourse is to amend the Constitution. That is what California citizens did when they passed Proposition 8.

Opponents of Prop 8 took that vote to court. One must be clear here that the issue was NOT should gays have the right to marry: the issue was, narrowly defined, whether or not the process used in amending the California Constitution was appropriate. The Court that initally granted Marriage Equality was forced - by a 6-1 vote - to also rule that the Citizens of California were within their legal right to overturn that decision, and that they did so according to California Law.

Of course, this battle is not over..

The Senate approved HB 73, which were a series of Amendments proposed by Governor Lynch. The House voted AGAINST concurring by a vote of 188-186. (This, after having approved the original marriage equality bill that was sent to the Governor two weeks ago)

They THEN approved a motion 207-168 to go to a Conference Committee withthe senate to try and work out common ground.

The strongest arguement *against* concurring with HB 73 was offerred by Rep. Steve Vaillancourt, a Republican and strong supporter of Marriage Equality. As much as I want to see Marriage Equality, Steve was 100% on target.

Under the Federal & State Constitutions, and included in most of the Goevrnor's amendments, it is/was clear that religious institutions were free to marry whomever they found qualified under their own rules. And under these laws, religious groups can legally 'discriminate' against other religions when it comes to membership and services in their own operations - as it should be. However, under state law, if a religious body holds themselves out as a Business to the public, then they must serve the entire public, and not pick and choose, say, to serve whites but not blacks, or to serve Baptists and Methodists but not Pentecostals. That law prohibits organizations from discriminating based on sexual orientation when they hold out business services to the public.

Governor Lynch threw down a gauntlet: in effect, he said he'd approve a Marriage Equality bill, but he wanted an 'exception' so that businesses with a religious foundation could legally discriminate against same-sex couples engaging in marriage and 'related' services, such as receptions. In other words, if the business was held out to the PUBLIC, they could still discriminate against couples based on orientation.

This was a CLEAR STEP BACKWARDS.

Let's hope that the House and Senate can recraft the bill in a way that grants Marriage Equality WITHOUT going backwards on discrimination, and let's hope that hte Governbor actually signs the bill and stops playing both sides against the middle with his usual infuriating cowardice.
Posted by Thom Simmons at 3:38 PM 0 comments

From DavidMixner.Com
As this Administration sits in offices plotting timeline charts on what rights they feel comfortable granting us this year, clearly it is time for us to gin up our efforts and stop waiting for them to hand us our God given entitlements. Enough. I really can't stomach any more being told 'not now'. As nice as it would be, no one is going to give us our freedom; we are going to have to continue to fight like hell for it. It is demeaning to us to be moved around on a political chess board like freedom is a move in some game.

We have to stop it.

Let's never forget that we are not talking about just another piece of legislation nor just an executive order. What is at stake is over 1,000 rights, benefits, privileges and protections granted to all other Americans and denied to the LGBT community. It is about the ability of those who choose to serve their country can do so in total honesty and freedom. That the vision of America is for our young as well as other young Americans. Finally as we work toward full equality we must halt in its tracks the efforts of a number of our fellow citizens to put in place a system of Apartheid for LGBT citizens. The stakes are way too high for them to tell us to wait until next year, or even until the next term.

Our freedom can't be negotiated in the political offices of the White House and in the halls of Congress. Our goal is not to make their path easier but to ensure that young LGBT citizens will not be beaten, denied the right to serve, have their love demeaned in some sort of separate but equal system or excluded from giving their gifts and talents freely to this nation. At this moment, there is very little movement on any of these issues in the White House and it appears that some even believe we should be happy with just hate crimes legislation being passed this year.

I adore President Obama but not enough to allow his team to delay my freedom for political convenience or comfort. It is unacceptable.

My plea is for our LGBT leaders to call a March on Washington for Marriage Equality this November and if they won't do it, I appeal to our young to come together and provide the leadership.

We need to come together in a display of powerful community unity to empower our young and to show the nation that anything less than full freedom is unacceptable. Clearly there are other issues that should be on the agenda for the march but marriage equality is the lynchpin that deals with so many of those issues. The most striking outside that institution would be the freedom to serve in our nation's military - and that weekend I think we could have a separate powerful event to highlight that.

Having organized a number of major marches in my near 50 years of activism, I don't take this call lightly. Trust me, I know that there are times when such marches are ineffective and poorly timed. Yet, I have also seen them be extremely effective both in message and building momentum within the movement. For the first time, we have the opportunity to have tens of thousands of our straight allies and straight students join us and we should organize the march to make it easy for them to be by our sides.

My experience has taught me the secret to any march is to keep the message simple and to make it easy for others to join. Of course, our best organizers must be enlisted in order to ensure that hundreds of thousands attend in an orderly and safe fashion.

Tapping into my previous work, I would suggest the following for consideration: On the Friday before the march 12,000 (approximately the number of our service people that have been dismissed under DADT) led by our veterans walk single file from the Pentagon to the White House until all 12,000 are across from the White House. Let the nation see visibly how many of our citizens have had their careers destroyed while the military allows convicted felons to serve. I would love to see 12,000 across from the White House chanting "Let US Serve."

One of the lessons from previous marches is that everyone should be on the Mall by no later than 3PM. We should not let logistics prevent people from getting to the Mall or otherwise they won't be counted. Everyone must be present before the evening news has to develop their stories. Each marcher and organizer should be told that every single person has to be on the Mall from 2PM to 3PM in order for us to have a success. How they choose to do that I will leave to the organizers.

Watching press secretary Robert Gibbs dodge and duck answers on LGBT issues while it seems almost every other group and issue is being discussed is so depressing to me. The promise of the Democrats being in control was great. They still can rise to greatness. It is not too late but they need our help in lifting them out of their own fears and into the light.

President Kennedy had to deal with a recession, the Berlin Wall, the Cuban Missile Crisis and so much more. However, when Dr. King and others filled the streets of cities around America and yes, Washington, DC, the president found the resources and time to stay by their sides. The time has come for us to remove the current administration's option of shrinking from leadership on this issue and to insist they rise to a new level of greatness along side us as we all fight together for freedom. It is the only way.
Posted by Thom Simmons at 2:08 PM 1 comments

Links to this post
Labels: gay rights, march on washington

Gov. Lynch is a Coward 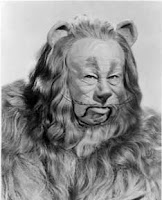 I'm rarely that dramatic in my headlines, but the label fits.

Two weeks ago, the N.H. legislature adopted a Marriage Equality Bill. The Speakers of the House and Senate delayed delivering the bill to the Governor, because once delivered, state law only gives him 5 days to make a decision, and he wanted more time. During that time, the state was baraged with hateful ads from out-of-state groups proclaiming the virtual end of western civilization if he signed. Two days ago, the Governor met with opposition leaders. And yesterday, he announced his decision.

He stated that he would veto the bill in its current form, but sign it if certain amendments were added. Most of these amendments are meaningless: they insure the right of religious institutions to refrain from conducting same-sex ceremonies. This is meaningless because churches already have this right under both the US and State Constitutions; For years Roman Catholic Churches refused to marry non-Catholics, and there was -and is - no legal repurcussion for this. The Constitutions guarentee them their right to conduct their ecclesiastical rites their own way. From this perspective, Lynch's amendments are simply political posturing.

However, one of his 'required' amendments is a clear step backwards.

On its face, this sounds like a statement in support of religious liberty. In reality, it is a step backwards for equality.

The proposed amendments enable organizations that own businesses (such as lakeside retreats, function facilities, etc.) AND WHO HOLD THESE FACILITIES OUT TO THE PUBLIC, to discriminate on the basis of sexual orientation.

All agree that religious institutions must be permitted to do as they wish in the conduct of their own religious life. HOWEVER, once they begin engaging in business with the public, a different set of laws apply. Under current law, businesses may NOT discriminate in the provision of services or housing based on sexual orientation. Under Lynch's proposed amendments, this discrimination would now be legal.

Lynch, once again, can claim to be all things to all people:

He will tell gays and liberals that he supports Marriage Equality.

He will tell theocrats that he supported rolling back the anti-dsicrimination laws to give them an exception.

If it passes, the Conservatives have won a right to discriminate in the conduct of Public Business.

If it fails, Lynch can blame the Legislature for "not doing a good enough job."

Governor, you are pandering the right and avoiding leadership. Whereas you could have had my unending support, you now have my unending scorn, regardless of the outcome of your political games.
Posted by Thom Simmons at 1:50 PM 0 comments